Home >
Who we are 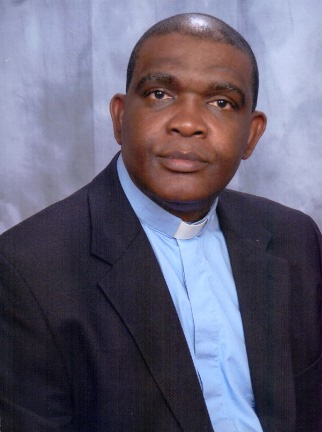 St. Albert the Great Major Seminary is a new Catholic Major Seminary - a specialised institution where selected young men who believe that they have the special calling to serve the Church and the wider society as priests are prepared for the Catholic priesthood.

The Seminary is jointly owned by the Bishops of the ecclesiastical provinces of Lagos, Ibadan and Benin City. The Seminary is borne out of the need to decongest the two existing Seminaries in the region, that is SS. Peter and Paul Major Seminary, Bodija, Ibadan, Oyo State and All Saints Major Seminary, Uhielle, Edo State. The Seminary is a special institution where young Catholic men interested in the Catholic priesthood are trained. The training spans a total period of nine (9) years; seven of which are spent in the Seminary in serious academic studies in Philosophy and Theology. At the end of their training they are sent back to their dioceses to be ordained catholic priests to work as agents of evangelization and spiritual leaders in the Catholic Church.

Association of Friends of St. Albert the Great Seminary (FOSAGS)

An association of Friends of St. Albert the Great Seminary (FOSAGS) has been inaugurated. With it as a platform, groups and individuals have constituted a network of friends who pledge certain sums or services on a regular basis as their contribution and support to the training of priests for our time. Such contributions are judiciously deployed to supplement the obligations that the bishops of the region bear for the sustenance and continued development of this house of formation. May the Lord abundantly bless as many as would find it in their hearts to subscribe to membership of this association.Wish to be a 'Member of FOSAGS?'

We, at St. Albert’s - formators, seminarians and staff - feel highly privileged to have the honour of being pioneers in this house of formation. We are humbled by the abundant evidence of the great sacrifices and uncommon commitment to realising set goals that brought the Seminary to its current status. In a particular way, we are profoundly encouraged by the massive goodwill and support that we have enjoyed from a multitude of men and women of goodwill. We are therefore resolved to rise up to the challenge of contributing our own quota to complement the efforts already made by so many to ensure the full and satisfactory realisation of the set goals and expectations of the Seminary. So, while we acknowledge and tremble at the awesome responsibility that destiny has placed on our shoulders, we are however, emboldened by the knowledge that you are out there to support us, while trusting in the Lord whose providence never fails.